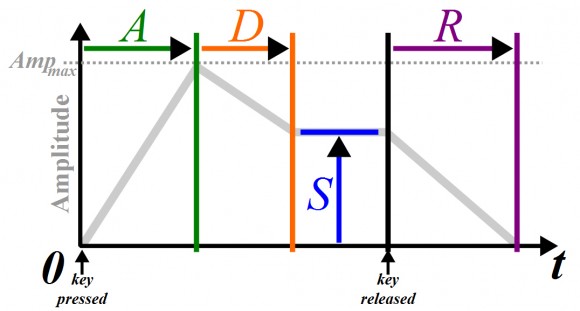 Figure 1 : Using an ADSR envelope we can model the intensity with which any hallucinogen interrupts multisensory frame perception.

An ADSR (attack-decay-sustain-release) envelope is a component of many synthesizers, samplers, and other electronic musical instruments. Its function is to modulate some aspect of the instrument's sound  often its loudness  over time. The envelope may be a discrete circuit or module (in the case of analog devices), or implemented as part of the unit's software (in the case of digital devices).

Attack: How quickly the sound reaches full volume after the sound is activated (the key is pressed). For most mechanical instruments, this period is virtually instantaneous. However, for some popular synthesized voices that don't mimic real instruments, this parameter is slowed down. Slow attack is commonly part of sounds called pads.

Decay: How quickly the sound drops to the sustain level after the initial peak.

Sustain: The "constant" volume at which the sound remains following the decay until the note is released. Note that this parameter specifies a volume level, not a time period.

Release: How quickly the sound fades when a note ends (the key is released). Often, this time is very short. An example where the release is longer might be a percussion instrument like a glockenspiel, or a piano with the sustain pedal pressed.