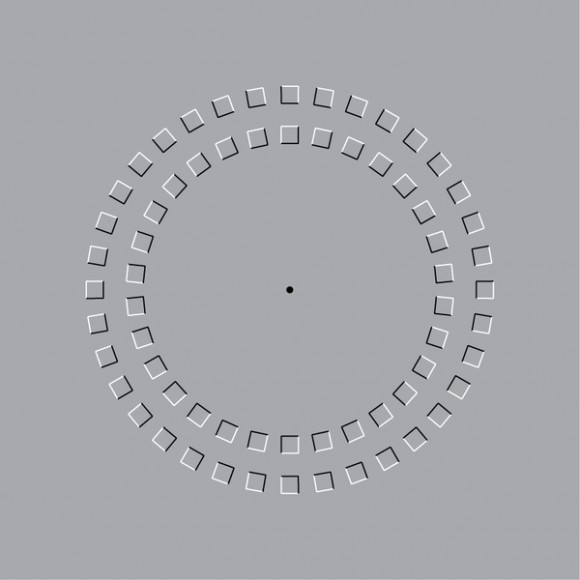 Figure 1 : When the observers head moves towards the figure the inner ring of the squares appears to rotate counter-clockwise and the outer ring clockwise. The direction of rotation is reversed when moving away.

Pinna illusion is the first visual illusion showing a rotating motion effect. In Figure 1 the squares, delineated by two white and two black edges each, are grouped by proximity in two concentric rings. All the squares have the same width, length, and orientation in relation to the center of their circular arrangements. The two rings differ only in the relative position of their narrow black and white edges forming the vertexes. More precisely, the two rings show reversal of the vertex orientation and, consequently, opposite inclination of the virtual or implicit diagonal orientation polarity obtained by joining the two vertexes where black and white lines meet (Pinna, 1990; Pinna & Brelstaff, 2000).

When the observer’s head is slowly moved towards the figure with the gaze fixed in the center, the inner ring of the squares appears to rotate counter-clockwise and the outer ring clockwise. The direction of rotation is reversed when the observer moves away from the figure, the same squares of the inner ring appear to rotate clockwise, while those of the outer ring rotate counter-clockwise. The apparent motion is perceived instantaneously and in a direction perpendicular to the true motion. The speed of the resultant illusory motion appears to be proportional to that of the motion imparted by the observer.