Wavelets, vision and the statistics of natural scenes 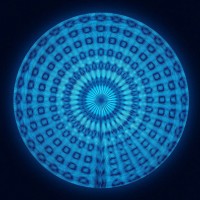 The processing of spatial information by the visual system shows a number of similarities to the wavelet transforms that have become popular in applied mathematics. Over the last decade, a range of studies have focused on the question of ‘why’ the visual system would evolve this strategy of coding spatial information. One such approach has focused on the relationship between the visual code and the statistics of natural scenes under the assumption that the visual system has evolved this strategy as a means of optimizing the representation of its visual environment. This paper reviews some of this literature and looks at some of the statistical properties of natural scenes that allow this code to be efficient. It is argued that such wavelet codes are efficient because they increase the independence of the vectors' outputs (i.e. they increase the independence of the responses of the visual neurons) by finding the sparse structure available in the input. Studies with neural networks that attempt to maximize the ‘sparsity’ of the representation have been shown to produce vectors (neural receptive fields) that have many of the properties of a wavelet representation. It is argued that the visual environment has the appropriate sparse structure to make this sparse output possible. It is argued that these sparse/independent representations make it computationally easier to detect and represent the higherorder structure present in complex environmental data.